|
Posted In: The Raw Insider
|
Author: xoxo The Queen

Prostitution is big business. Almost 20,000 women and children were victims of sex trafficking in India in 2016 alone, a 25% rise from the previous year. NGOs have also noticed a shift in demand in recent years from girls aged 14-15 to girls aged 9-10. Factors contributing to the problem include poverty, lack of livelihood opportunities, deep-rooted gender discrimination, and displacement.

Forced labor is India's largest trafficking problem. Inherited from previous generations, the men, women, and children in debt bondage are sometimes forced to work in small cottage industries which end in sex slavery. The sex traffickers prey on the vulnerable, promising them jobs in another city only to sell them as slaves and lock them up in brothels.

Want to be a part of the solution?

OMSUTRA is. They work directly with NGOs that help survivors by teaching them block printing and allowing them to earn a sustainable living wage. A highly immersive, sensory experience, the act of block printing by hand helps survivors heal. Banging on the fabric gives the women and girls strength from the daily battle of emotional, verbal, and physical abuse that they have to fight even after being rescued.

The textile industry occupies an important place in the Indian economy. The sale of the fabric empowers the women to support themselves with a positive income, giving them a sense of independence and confidence. When they are first rescued, many are too traumatized even to talk. But in the following months to years, and with a lot of therapy and support, they can start loving themselves again and find meaning in their lives. 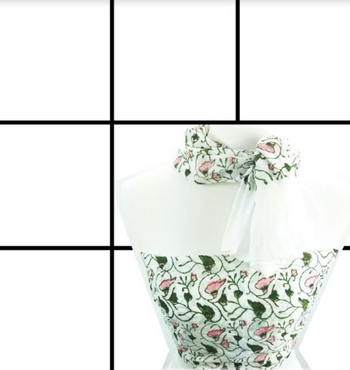 You, too, can help the survivors. Find their one-of-a-kind fabric HERE.

Together we can make a difference and end slavery and sex trafficking in India and around the world!